"There’s nothing greater in life than to be there for someone else, even a stranger, when they need you (or someone like you) the most" - Suresh Raj - The Jury Member at the RAHM Contest in Toronto 2019

sits on the Board of Vision7 International – part of the BlueFocus Group. As an openly gay and ethnic minority senior executive, he continues to champion the diversity and equality agenda, picking up from his previous efforts whilst Worldwide Chief Business Development Officer at Ogilvy Group. On matters of diversity, Suresh is part of a central steering committee on Diversity & Inclusion with a single focus to make the organization a welcoming place for all.

Suresh has been listed on the Financial Times Top 100 LGBTQ Executives three years running. He is an official professional mentor to LGBT and Ethnic Minority professionals through INvolve and was most recently was invited to share his thoughts on Humanity at the TED 2019 conference in Vancouver. 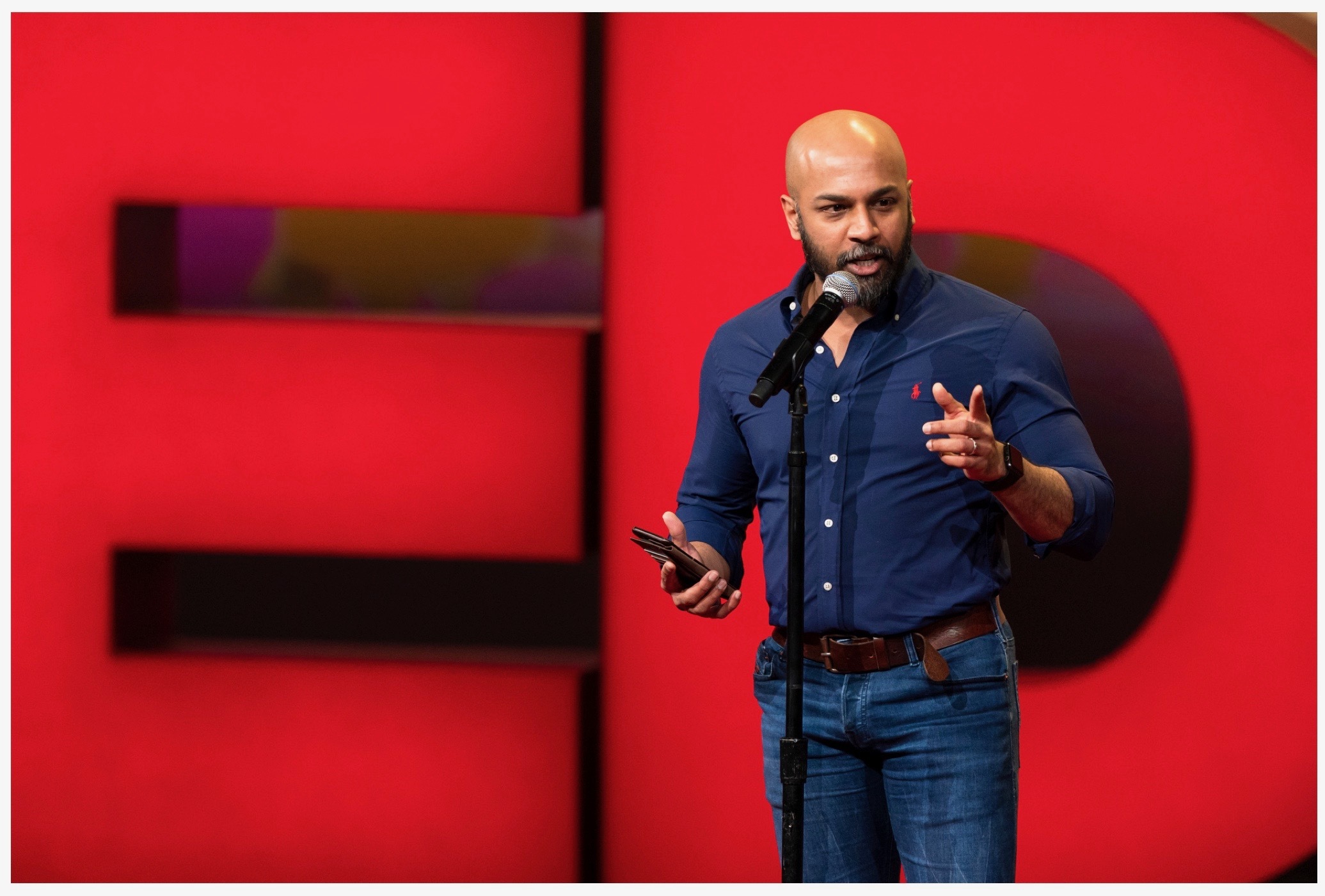 Laura: Suresh, thank you again for attending our RAHM Contest in Toronto as a jury member. Looking back at the contest day, what are the main learnings that arose for you from this experience?

Suresh:  Thank you for the opportunity Laura, it was not only inspiring but quite a lot of fun as well!  And an incredible group of pioneering leaders.  It was definitely a packed day, but the greatest learning I took away with me is that the LGBTQ+ community are incredible leaders in their own right, ‘LGBTQ+ label’ aside.  If we give our community sufficient opportunities to demonstrate their abilities and skills, they can become natural leaders, with or without the LGBTQ+ ‘label’.  So the real challenge for businesses is finding ways to draw these abilities out and give them a level playing field to succeed.

You are a senior mentor of the global agency’s Diversity & Inclusion Council which focuses on making organization a welcoming place for all. Among many others you provide a senior counsel and active operational change to the way the organization recruits. What are the most common stereotypes that influence the recruitment procedure? What techniques can be used to avoid those?

One of the most prevalent issues is an individual’s name, believe it or not.  As soon as it doesn’t sound ‘Western’ or ‘Christian’ or ‘White Male’ (define as you will!), the ‘minority’ individual is already faced with an unconscious bias / hurdle to cross.  So one of the things we’ve begun to do within the recruitment process, is ensure ‘blind CVs’ when managers are reviewing CVs - removing individuals names pushes the managers to focus on the individuals relevant skills and talents rather than any ‘bias’ they might have e.g. preference for a ‘white’, male or female sounding name.  That way we truly focus on best talent for the job, and give a fair shot at hiring based on skill and merit, rather than stereotypes.

You are an openly gay and ethnic minority senior executive, meaning that you are part of two historically and still currently oppressed minorities. Can you elaborate more on your thoughts around intersectionality of race, sexuality and gender?

Truth is, it’s a daily struggle.  But the fact that I hold a C-Suite position in a global company means we have made some progress as a population, even if little.  Having said that, I am still the only person of color, and one of two LGBTQ+ individuals on the Board.  And the board is not evenly balanced between genders (and I include all spectrums of gender on this).  So the opportunity of being on the Board brings about great responsibility in itself - to be a voice for change.  One example of an immediate impact, is we’ve begun to roll out unconscious bias training for both Executives as well as Operational teams - part of our focus on affecting change.  Every ambition for change begins with the first step, so whatever the intersectionality is - whether gender defined, sexuality or race - each of these at the C-Suite level or management level, carries a responsibility to be instigators of change.  Now imagine if there were a few of these together at the most senior levels of a company - how much more effective and swift would change happen!

One of your position is being a professional mentor in INvolve, which is an inclusivity specialists mentoring programme. And the list of your activities concerning higher inclusivity goes on. How big is the step that most of the organisations need to take to be fully inclusive?

It really depends on where the company is on the equality spectrum within their respective business journey.  Simply put, the less inclusive the senior leadership is, the bigger the step for change.  Not impossible!  Simply bigger.

There’s nothing greater in life than to be there for someone else, even a stranger, when they need you (or someone like you) the most.

Actually, I’ve just learnt that its four years now - 2016 to 2019.  :-)  Did I ever think I’d be on these lists?  No.  It was never an ambition.  In fact, I declined it a few times the first time I was approached about it because I did not feel anything I had done was truly impactful.  But I was then encouraged to submit by my family.  I never truly understood the impact of being on the list until when strangers approached me explaining how they were inspired to live their truth because people like me and other leaders on the list, were brave enough to be open and visible.  It was at that moment that I fully understood the impact and responsibility of the ‘List’ - it was not about how or what it reflected about me, but what and how it impacted others who are looking for confidence, guidance and a shoulder to lean on in their own personal and professional journeys to become their true authentic self.  And there’s nothing greater in life than to be there for someone else, even a stranger, when they need you (or someone like you) the most. It’s what being human is all about!

"It’s important for women to recognize that we may have been doubting or limiting ourselves and accept that we are formidable and capable of doing anything." - Maggie Lower - The Jury Member at the RAHM Contests in Toronto 2019

Is it the end of the beginning for LGBT+ inclusion? | by Beth A. Brooke-Marciniak